10 Reasons to Learn a Language

Let’s Learn has the language for you

Start Planning for Life When it Gets Back to Normal

Check Out the Options RIGHT HERE

The benefits of learning a second language include:

“To have another language is to possess a second soul.” –Charlemagne

People used to think that learning two languages created confusion in the mind.

Far better, it was thought, to get one right than bother with two.

An even more extreme and absurd view was that learning two languages caused a kind of schizophrenia or dual personality.

Some studies did seem to back up the idea that learning two languages could be problematic; early researchers noted that bilingual people tended to have smaller vocabularies and slower access to words.

But these myths and minor disadvantages have now been overshadowed by a wave of new research showing the incredible psychological benefits of learning a second language. And these extend way beyond being able to order a cup of coffee abroad or ask directions to your hotel.

The fact that language centres in the brain actually grow is one of the major benefits of learning a second language.

The better you learn, the more those vital areas of the brain grow (Mårtensson et al., 2012).

Bilingualism delays Alzheimer’s disease in susceptible people by as much as five years (Craik et al., 2010). Seems incredible, but the studies are continuing to support this result.

To put this in context: the effect on dementia of learning another language is much greater than anything achievable with the latest drugs.

Being bilingual can lead to improved listening skills, since the brain has to work harder to distinguish different types of sounds in two or more languages (Krizman et al., 2012).

Just being exposed to the different sounds in, for example, Spanish and Catalan, helps them tell the difference between English and French is another of the benefits of learning a second language.

Babies brought up in a bilingual environment have stronger working memories than those brought up with only one language (Morales et al., 2013).

This means they are better at mental calculation, reading and many other vital skills.

Bilingual people can switch from one task to another more quickly.

Bilinguals have stronger control over their attention and are better able to limit distractions (Bialystok & Craik, 2010).

Cognitive boosts, like improved attention and better multi-tasking, may come because bilingual people have both languages activated at the same time, and must continually monitor which one is appropriate (Francis, 1999).

All that switching back and forth confers the benefits of learning a second language.

Learning a new language can literally change the way you see the world.

Learning Japanese, for example, which has basic terms for light and dark blue, may help you perceive the colour in different ways (Athanasopoulos et al., 2010).

Since learning a second language draws your attention to the abstract rules and structure of language, it can make you better at your first language.

As Geoffrey Willans said: “You can never understand one language until you understand at least two.”

Benefits of learning a second language

These ten are all quite apart from the benefits of immersing yourself in another culture, and of seeing your own culture from the perspective of another.

All told, you may well get something like ‘a second soul’ from learning another language.

[Note: some of these studies relate specifically to those who have learned two languages from very early on, but may also be relevant to new language learners.]

This is another great article from PsyBlog

Let’s Learn has the language for you

Check Out the Options RIGHT HERE 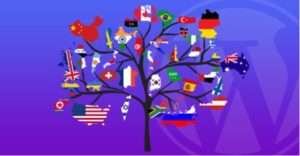