We are a small group of over 60yr olds who volunteer a little of our time at McLaren Falls Park. Because we do our thing during the day, during the working week, it has always been a group of active retirees.

Since the 1960’s the whole park has been planted up by such volunteers.

Nowadays the park is a destination  for many different user groups, as well as being a tree collection. This all requires coordination, and a lot of money to keep the whole thing going smoothly. The Tauranga City Council now has five rangers working there; we liase closely with one of them.

We have a sizeable nursery onsite, in which we grow on small plants bought at wholesale prices, into specimen trees large enough to plant out in the park.

Ideally all trees are numbered and labelled with their common name, but labels are notoriously difficult to retain on or near the tree.

A database of all trees has been kept since the beginning, but only in the last two years have we begun to specifically identify what tree is where by GPS location. This is an ongoing project and will be for many years.

So, type of work : nursery, year round, weeding, training. Autumn root pruning, in preparation for winter planting out.

Lots of previously plants trees need not just weeding around, but de-turfing, and then bark application  for weed suppression and moisture retention.

Lots of trees in the past have been planted but neglected, so that their form is poor. Given more time/ labourers, some of those trees could be recovered by judicious pruning.

Who can join us ?

Anyone. A volunteer doesn’t have to be knowledgeable about trees, or be a competent gardener, just to be willing to follow instructions. One of our current members has said she loves coming, not just because the park is such a lovely place, but because she learns something every week. 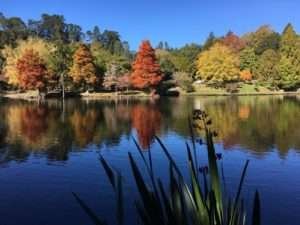 We meet at the Information centre at noon on Wednesdays with our packed lunches. After lunch and a discussion about what’s on for the afternoon we set to it. Usually no more than three hours in total. We bring our own tools, and plenty of cheerful enthusiasm. The afternoon will be cancelled if the weather looks guaranteed to be wet. 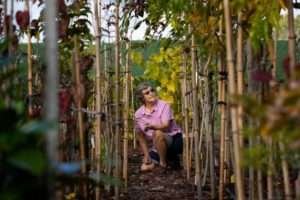 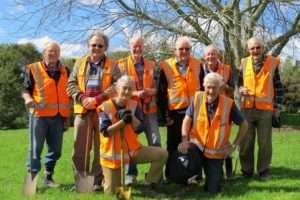