These two hour workshops teach people how to harvest the compost or ‘vermi-cast’ to use on gardens as a beneficial plant food and soil conditioner. Participants will receive their very own worm farm bin, worms, lime and compost so they can go home and get started straight away. The workshop and composting kit will cost participants a subsidised rate of $53.00. The kit itself is usually valued at $255. 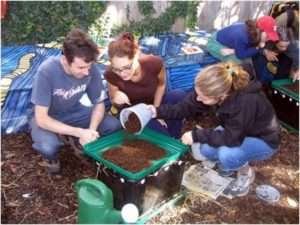 A survey Council did in July this year found 40 percent of the western bay districts rubbish both in the rural and urban areas, is actually organic waste that can be diverted away from landfill.

Western Bay Council is also one of 60 council participants in the three year national ‘Love Food, Hate Waste’ campaign to reduce the amount of food Kiwis throw out.

The campaign highlights the importance of planning food purchases and meals, being smart about food storage and being creative with leftovers. It is estimated Kiwis spend $872 million a year on food that gets thrown away uneaten.

See https://lovefoodhatewaste.co.nz/for tips to educate people on how to deal with the non-avoidable waste disposal, which is where the worm farming comes into play.