Happiness is Other People

You are here: Home1 / News2 / Happiness is Other People / Events3

Happiness is Other People

In a particularly low moment a few years back, after arriving friendless and lonely from Britain to live in the United States, I downloaded a “happiness app” onto my phone. It was surprisingly hard to choose one. There were close to a thousand bliss-promising options in the app store — ones that would teach you to meditate or be grateful, or that would send you photomontages of sunsets and puppies or unfeasibly flattering shots of your loved ones (giving you a moment to temporarily ignore your actual, less attractive loved ones.)

The app I eventually chose messaged me every hour or so with a positive affirmation that I was supposed to repeat to myself over and over. “I am beautiful,” or “I am enough.” The problem was, every time my phone buzzed with an incoming message, I would get a Pavlovian jolt of excitement thinking an actual person was trying to contact me. “I am enough,” I would snarl bitterly upon realizing the truth, unable to shake the feeling that, without friends or community, I really wasn’t.

“Happiness comes from within,” said the inspirational photo-card in my Facebook news feed a few days later, the loopy white meme-font set against a backdrop of a woman contorted into a yoga pose so tortuous it looked as though she might actually be investigating her own innards trying to locate her bliss.

Having spent the last few years researching and writing a book about happiness and anxiety in America, I’ve noticed that this particular strain of happiness advice — the kind that pitches the search for contentment as an internal, personal quest, divorced from other people — has become increasingly common. Variations include “Happiness is determined not by what’s happening around you, but what’s happening inside you”; “Happiness should not depend on other people”; and the perky and socially shareable “Happiness is an inside job.” One email I received from a self-help mailing list even doubled down on the idea with the turbocharged word mash-up “withinwards,” (although when the subject heading “Go Withinwards” landed in my inbox I briefly thought it was an ad for a nose-to-tail offal restaurant.)

In an individualistic culture powered by self-actualization, the idea that happiness should be engineered from the inside out, rather than the outside in, is slowly taking on the status of a default truism. This is happiness framed as journey of self-discovery, rather than the natural byproduct of engaging with the world; a happiness that stresses emotional independence rather than interdependence; one based on the idea that meaningful contentment can be found only by a full exploration of the self, a deep dive into our innermost souls and the intricacies and tripwires of our own personalities. Step 1: Find Yourself. Step 2: Be Yourself.

This isolationist philosophy is showing up not just in the way that many Americans talk about happiness, but in how they spend their time. People who study these things have observed a marked increase in solitary “happiness pursuits” — activities carried out either completely alone or in a group without interaction — with the explicit aim of keeping each person locked in her own private emotional experience.

Spiritual and religious practice is slowly shifting from a community-based endeavor to a private one, with silent meditation retreats, mindfulness apps and yoga classes replacing church socials and collective worship. The self-help industry — with its guiding principle that the search for happiness should be an individual, self-focused enterprise — is booming, with Americans spending more than $1 billionon self-help books a year to help guide them on their inner journeys. Meanwhile, “self-care” has become the new going out.

But while placing more and more emphasis on seeking happiness within, Americans in general are spending less and less time actually connecting with other people. Nearly half of all meals eaten in this country are now eaten alone. Teenagers and young millennials are spending less time just “hanging out” with their friends than any generation in recent history, replacing real-world interaction with smartphones.

And it’s not just young people. The Bureau of Labor Statistics’ Time Use Survey shows that the average American now spends less than four minutes a day “hosting and attending social events,” a category that covers all types of parties and other organized social occasions. That’s 24 hours a year, barely enough to cover Thanksgiving dinner, and your own child’s birthday party.

The same time-use data also allocates another, broader category to “socializing and communicating,” a designation that includes not just the good stuff — the heart-to-heart with an adoring spouse, or setting the world to rights with a dear friend over a bottle of wine — but any kind of socializing and communicating at all between two adults, where this is their main activity rather than an incidental part of something else, like working. All in all — and that includes daily bouts of nagging, arguing and whining — the average American spends barely more than half an hour a day on social communication. Compare that to time per day spent watching television (three hours) or even “grooming” (one hour for women, and just over 44 minutes for men).

Self-reflection, introspection and some degree of solitude are important parts of a psychologically healthy life. But somewhere along the line we seem to have gotten the balance wrong. Because far from confirming our insistence that “happiness comes from within,” a wide body of research tells us almost the exact opposite.

Academic happiness studies are full of anomalies and contradictions, often revealing more about the agendas and values of those conducting them than the realities of human emotion. But if there is one point on which virtually every piece of research into the nature and causes of human happiness agrees, it is this: our happiness depends on other people.

Study after study shows that good social relationships are the strongest, most consistent predictor there is of a happy life, even going so far as to call them a “necessary condition for happiness,” meaning that humans can’t actually be happy without them. This is a finding that cuts across race, age, gender, income and social class so overwhelmingly that it dwarfs any other factor.

And according to research, if we want to be happy, we should really be aiming to spend less time alone. Despite claiming to crave solitude when asked in the abstract, when sampled in the moment, people across the board consistently report themselves as happier when they are around other people than when they are on their own. Surprisingly this effect is not just true for people who consider themselves extroverts but equally strong for introverts as well.

What’s more, neglecting our social relationships is actually shockingly dangerous to our health. Research shows that a lack of social connection carries with it a risk of premature death comparable to that of smoking, and is roughly twice as dangerous to our health as obesity. The most significant thing we can do for our well-being is not to “find ourselves” or “go within.” It’s to invest as much time and effort as we can into nurturing the relationships we have with the people in our lives.

Given all that, the next time you have the choice between meditating and sitting in a bar with your friends complaining about meditation class, you should probably seriously consider going to the bar, no matter what your happiness app says. 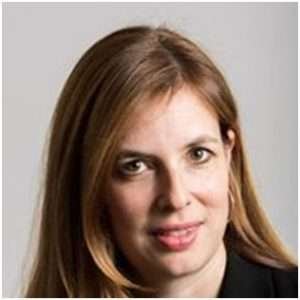 And of course, if you want to read more about all this, her book, America the Anxious is now out in paperback: http://amzn.to/2wfZ2Ve.